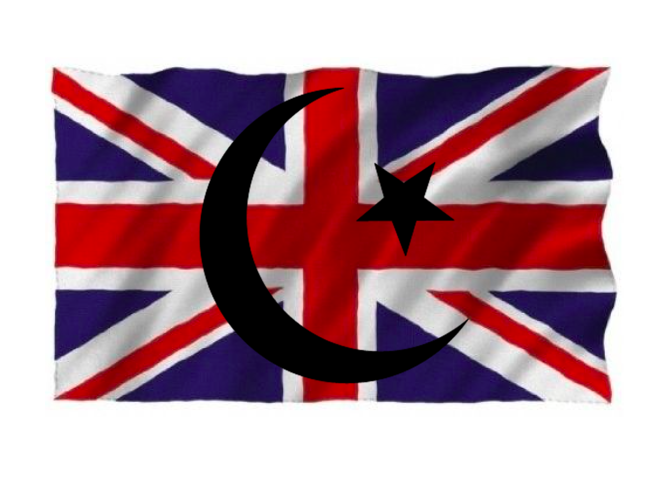 “To hell with their culture” - this outburst by Richard Dawkins, an English ethologist and author, stems from a TV chat show where he criticized some practices of Islam, such as women being forced to wear burqas (Walsh). Dawkins’ statement sparked heated conversations on social media revealing that many others share his attitude towards Islam (Worthing). This is one of many cases demonstrating the divide between British and Muslim communities, which can only be bridged by integrating Muslims into British society. According to Pew Research Center, the Muslim population in Great Britain comprised 3’010’000 Muslims in July 2016, which translates to 4.6% of the British people (Hackett). Due to immigration and high birth rates, this percentage has doubled in just over a decade (Beckford). Based on this influx one would think Muslims are well integrated into British society. However, many Muslims tend to live in isolated communities and are not incorporated as equals into society, thus contradicting the definition of integration as stated in the Merriam-Webster Dictionary (Merriam-Webster). Therefore, this essay will argue that Muslims are not well integrated in contemporary British society as they are discriminated against in the labor market, they have diverging cultural values and beliefs, and they have a segregated education system.

The first indication that Muslims are not well integrated in British society is the discrimination they face in the labor market. Young Muslims in Britain are confronted with great obstacles when it comes tofinding work due to discrimination and stereotyping. A study from July 2017 shows that 11% of Muslim men and 16% of Muslim women living in Britain are unemployed, whereas in the general British population 6% of men and 5% of women are jobless (Hulme). The gender disparity between Muslim men and women partially stems from cultural attitudes concerning the role of Muslim women in the community. 44% of unemployed British Muslim women claim that they cannot work because they have to look after their home, while only 16% of unemployed women among the general British population claim the same (Fenton). Furthermore, many Muslims who do seek employment already have to deal with rejection during the application and interview stages. Especially women wearing headscarves and people with Muslim names like Mohammed face a great deal of discrimination and stereotyping (Asthana). Research also found that even when Muslims get past these barriers, they are still underrepresented in “higher managerial, administrative and professional occupations” (“Britain’s Muslims”). In light of this evidence, the discrimination Muslims face in the labor market indicates that they are not adequately integrated in British society.

Further evidence that Muslims are not well integrated are the consequences of contrasting cultural values and beliefs between Muslims and the general British population. Integration means adding to an existing culture and thereby enhancing society (“Assimilation vs. Integration”). However, many core Muslim beliefs oppose the fundamental creed of western culture, thus making integration more difficult. This leads to the forming of a “nation within a nation” according to Trevor Phillips, the former head of Britain’s Equalities and Human Rights Commission (Clarke-Billings). One case that demonstrates the cultural disparity between Muslims and the general British population is their attitude towards polygyny. Indeed, 31% of British Muslims think polygyny (one man having more than one wife) is acceptable (Klein) despite the fact that polygamous marriages performed in Britain are considered a crime of bigamy (“Matrimonial Causes Act 1973”). In comparison, only 8% of the British population would consider having more than one spouse, if polygamy was legal (Smith). Similarly, these contradictory cultural views can also be seen in regard to homosexuality. Although same-sex marriage has been legal in the UK since March 2014, many religious groups, including Muslims, remain opposed. Research shows that 52% of Muslims think homosexuality should be illegal, compared with 5% of the public at large who feel the same (Perraudin). These examples showing the contrasting beliefs and cultural values emphasize that Muslims are not well integrated in British society.

Another problem with Muslim integration in Britain is evident in the segregation in the educational field. Britain’s school system is predominantly Christian, compared to other religions, with 23% of all state-funded schools being funded by the Church of England and 10% being Roman Catholic, whereas only 0.01% schools in Britain are Islamic (“Maintained Faith Schools”). Catholic schools work with co- education, where girls and boys are taught together. This poses a dilemma since the Islamic faith requires girls to be separated from boys when they reach puberty (Iqbal 198). The majority of Muslim parents thus find themselves breaking their religious beliefs by sending their children to mixed schools in order to ensure their education. However, 35% of British Muslims refuse to stray from their beliefs and would rather send their children to an Islamic school than a state school (“British Muslims poll”). Since many of these Islamic schools are located in segregated Muslim communities, most children rarely leave their neighborhood and are thus hardly exposed to other cultures (Burnip). Evidence of this can be seen in a recent report in which surveyed schoolchildren from a secondary school with a high Asian population estimated 50% to 90% of the British people to be Asian (Shipman). The report focused on all-Muslim enclaves in northern cities such as Bradford, Dewsbury and Blackburn and goes to show just how little knowledge the pupils have of the general public outside of their community. This segregation of Muslim children in the educational field illustrates that Muslims are not well integrated in British society.

As has been demonstrated in the preceding paragraphs, the underemployment of Muslims in the British workforce, the need for consolidation of cultural beliefs and values between Muslims and the general population, and the segregation of Muslim schoolchildren indicate that there is still much room for improvement when it comes to Muslim integration in British society. Britain is not the only country faced with the challenge of integrating Muslims into their culture. The number of immigrants, especially from Islamic countries such as Syria, Somalia, and Morocco, making their way to Europe is rising (Kern), making integration a multinational issue. Since this trend shows no signs of stopping, the affected countries are obliged to integrate everyone into their societies in order to ensure a harmonious environment for the entire population. Thus, statements like Dawkins’ “To hell with their culture” (Walsh) can have tenuous consequences and must be avoided to prevent the cultural divide between Muslims and the general population from expanding.

Perraudin, Frances. “Half of All British Muslims Think Homosexuality Should Be Illegal, Poll Finds.” _The Guardian,_ 11 April 2016, www.theguardian.com/uk- news/2016/apr/11/british-muslims-strong-sense-of-belonging-poll- homosexuality-sharia-law

Smith, Matthew. “Almost One in Eight Men would Like a Polygamous Marriage.”YouGov, 16 August 2017, www.yougov.co.uk/news/2017/08/16/almost-one- eight-men-would-polygamous-marriage/